From the Head of Teaching and Learning

Students in Kindy - Year 2 enjoyed an adaptation of the book, Stellarphant by James Foley. Here is a bit more about the story Stellarphant:
Heroes come in all shapes, sizes and species. Stella wants to be an astronaut. There is only one problem: Stella is an elephant. Every time she applies to Space Command, they come up with a new reason she can’t join. But where there’s a will, there’s a way, and Stella is determined to reach for the stars. Does she have the right stuff?

Our Year 3-6 students watched a performance of The Detectives Guide to Ocean Travel by Nicki Greenberg.

For as long as she can remember, Pepper Stark has wanted one thing: to join her father, the Captain, aboard the magnificent RMS Aquitania on a voyage to New York. She has never been allowed to set foot on her father’s ship – until now. From the decadent food to the star-studded passenger list, travelling First Class on Aquitania is every bit as glamorous as Pepper had imagined. And most dazzling of all is American stage sensation Perdita West, wearing the world-famous Saffron Diamond around her neck. When the priceless jewel disappears mid-voyage, Pepper unexpectedly finds herself entangled in the crime. With the Captain’s reputation at stake, Pepper and her new friends set out to solve the mystery. But finding a missing diamond isn’t so easy on Aquitania, where everyone has something to hide…

We thank Meerkat Productions for visiting our school and putting on such an enjoyable show for our students. 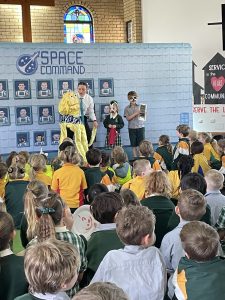 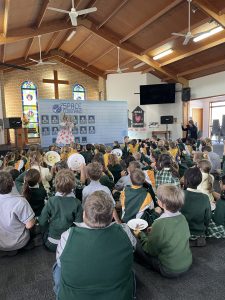 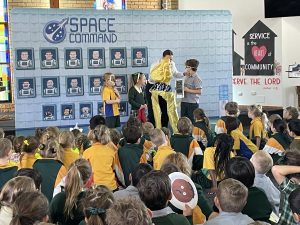