Congratulations to Mckenzie Kirkham in Year 5 who was announced as the winner of the Year 4-6 section of the Office of Fair Trading’s Buy Smart Competition for 2018. Entries from 789 students across Queensland were received for this category. Mckenzie’s investigation focused on Choosing and Opening her first Savings Account.

At the Parliament House award presentation, in Commissioner David Ford’s commendation he made specific mention of the depth and thoroughness of Mckenzie’s investigation and how impressed the judges were with her ability to secure interviews with more than one bank at a time when the entire banking industry is somewhat nervous.

Mckenzie shared with Mr Prinsloo the soft skills which she had utilized to get to the product stage of her presentation. These skills included growing her research capabilities, communication, growing personal connections, collaboration, independence, creativity and time management.

Mr Prinsloo said that it was very affirming to hear the St Paul’s  student’s walk the talk which are central to the school’s Agile Learning frameworks and Flexible Learning spaces which underpin the school’s learning philosophy. He went on to say that at St Paul’s it’s all about the learning processes [journey] which the children are on and not only about the end product which so many children think defines them as learners.

In addition to her own prize money, Mckenzie has $2000 for St Paul’s which will be earmarked to go towards the school’s Recognising Individual Student Excellence [RISE] Program. 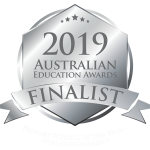 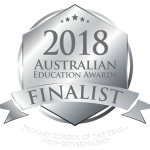